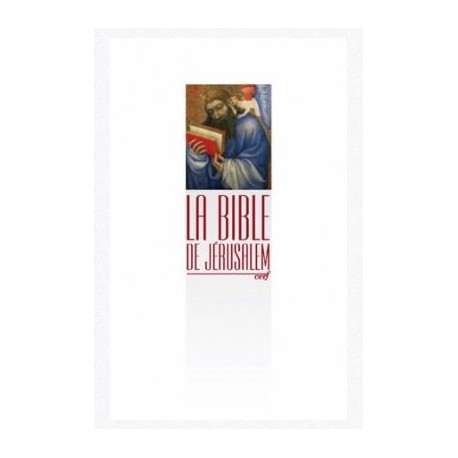 Notify me when available

Collective translation of the Hebrew and Greek texts under the direction of the Dominican friars at the French Biblical and Archaeological School in Jerusalem, which gave it its name. It has been published in many editions since its first publication in 1 volume in 1955 until the last major revision in 1998.
Carried out by the best specialists in Bible studies, it is currently the most widespread in France
and is a "classic" one.

As in previous editions, the last revision received the Imprimatur of the Catholic Church, a guarantee of its conformity with the teachings of the Church.

The original French edition has been translated into many foreign languages.
Great attention has been paid to both the rigour of the vocabulary and the style, ensuring a balance between fidelity to the original texts and literary quality: this makes it a study Bible, but also a Bible for reading, adapted to all audiences.

In the range of Deer Editions all presentations of the Jerusalem Bible have the same pagination to allow everyone to choose their Bible while facilitating working together.

1 other product in the same category:

This site uses cookies to store information on your computer.